to leave us a message

​​​Our second recording was fully produced and included 3 songs: Meditation 17, Stabbing Negatives, and Subway Godzilla. Meditation 17 received airplay on NY's Q104 FM...10 years after we recorded it! The song had been submitted to the station, somewhat as a goof, for a contest they were having, the winner of which would play at their Summer Beach Blast. We made it to the finals even though the band had not been together for years. I'd tell you how the finals were decided but you'd prolly think I was crazy.

Requiem was formed in 1988 by Andy Romeo (lead guitar), James Papa (bass), Mike Moore (rhythm guitar), and Joe Matera (drums) when most of us were in high school in the Bronx. We tried several singers before finding frontman Vinny Corvino who had a Chuck Billy (Testament) vibe which fit perfectly with our direction. Kevin Aponte eventually replaced Mike as our rhythm guitarist. We were originally called Fair Warning but changed the name to Requiem not long after forming. Requiem played thrash/speed metal heavily influenced by the Bay-area thrash sound of the late-'80s/early-'90s, in the vane of Testament, Exodus, Slayer, Forbidden, Megadeth, etc. In fact, after one of our shows, we were asked by somebody if we were from the "Bay area" to which we responded "Yes...Pelham Bay!"

Requiem wrote original music and occasionally threw a cover or two into our set, playing clubs around the tri-state area including Studio One in Newark, the Sundance and February's/HammerHedz on Long Island, Streets and Marty & Lenny's in New Rochelle, CBGBs in NYC, and L'Amour in Brooklyn, just to name just a few. We opened for a few well-know acts at the time including Cannibal Corpse, Trixter, and Demolition Hammer. In addition to the club scene, we also played (and won) several battles of the bands at Lehman HS in the Bronx, Long Island City HS in queens, Lehman College in the Bronx, and Westchester Community College in Valhalla.​ ​

​Over the years, the band released several recordings. Our first self-titled release from 1989 was referred to as our "Black" album. ​​We ​​followed that up in 1990 with the "Moby Dick EP", which actually started out as a school project for Vinny's literature class. The song turned into a big fan-favorite. We quickly followed that up with "Sumthin for Nothin", a giveaway we created specifically for our fans at Lehman HS. We then released what was supposed to be a few tracks from our next official release, "With Fear Collide". It turned out that we never released that demo so this "preview" sort of became a collector's item.

In 1990/1991, we produced our fifth and final release entitled "World's Fare". This was the release that solidified our place in the local metal scene and made us one of the most talked about bands in the area. In fact, we were approached by Roadrunner Records who were looking for new bands. Unfortunately, our management at the time somehow dropped the ball and the deal never came to be. ​​I left the band at the end of 1991. 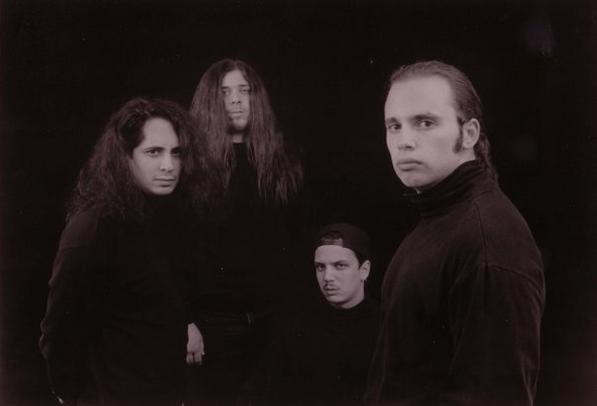 ​In 1992, I was approached by Vinny and Kevin, who had both recently left Requiem, about starting a new project together. Holy Motorpunk was formed after finding bassist, Ray Baily, to complete the lineup.

Musically, HMP completely moved away from the thrash sound and was more heavily influenced by bands like Soundgarden and Alice in Chains. You'll even hear some Doors influences in some of the tracks.

Holy Motorpunk only existed for about 18 months but, in that time, we created a lot of music. We also played several shows at the Low Down in Yonkers. ​​

​Our first recordings were done on a 4-track recorder in our practice studio (aka mom's house). We recorded 7 songs: Whiteknuckle, Original Spin, Crawl, Tunnelcrush, Trippin' to the AM, and Big Mama's Funeral.

You could tell we were trying to find our sound as each song had a noticeably different feel and influence to it ranging from Soundgarden (Whiteknuckle) to the Doors (Crawl) to the Red Hot Chili Peppers (Trippin to the AM and Original Spin) to Smashing Pumpkins (Tunnelcrush).

I did a few small projects after that but never really got back into anything serious.

In 1993, Ray left the band. Our third and final studio session was recorded live with former bandmate, James Papa of Requiem, filling in on bass. It included our last 4 songs: Unwired, Thrill My Machine, It from In, and Thin. If you listen closely, you can tell that the latter track didn't have real lyrics for the verses but is still one of my favorite tracks.

After unsuccessfully searching for a replacement for Ray, the band ultimately folded. We tried to reform in 2001 but it never got off the ground. 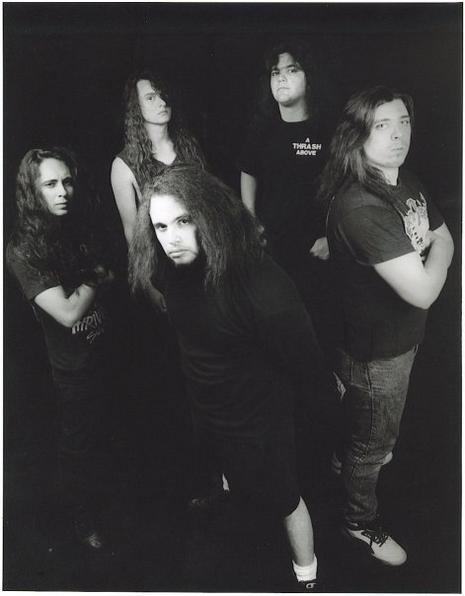 Most answers to questions about our Recreational & Travel soccer programs can be found on this website. To avoid delays, please check thoroughly before contacting us.